The team at USC Radio Labs has been working to solve a pretty exciting problem: converting 60k+ audio files from WAV format to something more internet-ready. For context, in the 1990s, many radio stations started moving towards automating their music programming. The benefits were clear: no skips, no repeated songs, no "dead air," and for music directors, a way to plan and strategize their music curation.

If you remember, the 1990s was the decade of Microsoft Windows. Everyone was making Windows applications, and therefore, most of the high-end broadcast software was built on Windows using wav as their default file format.

For the most part, wav format is fantastic. It's like the perfect wrapper for storing music regardless of its encoding. For example, if you've ever worked with a zip file, wav is very similar to that. You can do much more with wav than just package a song.

The challenge? wav isn't built for internet distribution. They are big files to send over the web. A 3-minute song can average 40Mb. The second problem is that WAV isn't designed to store metadata information. So there's no way no add song title, composer, genre, year, and all of those other goodies –unless you start getting unnecessarily creative [1].

Going back to my team, as we begin exploring the idea of building a "cloud-based radio station," we thought it would be essential to learn how to convert our existing catalog into a new system that better prepares us for the future.

The goal was to convert wav to another uncompressed, lossless format that is still high-quality yet capable of handling ID3 data and open source.

The rest of this article will explain:

FLAC is a technology that offers most of our key benefits, including:

From WAV to FLAC, a love story

One of my first tasks is figuring out converting data from WAV to FLAC. Thankfully, there are many options available, but I chose a tool that would allow me to create a scriptable, automation-friendly process.

As a starting point, I will use ffmpeg to convert my WAV file to FLAC format.

The only problem is that beets don't do well with WAV files. Therefore, our first step is to use ffmpeg to convert a WAV file to FLAC. Unfortunately, there is very little WAV support on beets, so we'll need to run this command on its own.

Once you have a FLAC file, you can run some fingerprinting.

Since I'm on a Mac, I installed the ffmpeg command-line through the Homebrew package manager to help with the conversion.

You must first have Rake and Homebrew installed to use the script below.

Create a file titled Rakefile and paste this code.

Convert a WAV file to FLAC.

Now that my WAV files are in FLAC format, I want to figure out a way to find the metadata and inject it into the file.

Considering that I have 60k files, the only plausible way to automate this is to use the fingerprinting technology you see on products like Shazam.

Ideally, I also want to scour the Internet somehow and find the album art for each song. Here's how we can do both using beets.

So here's the deal, Music Fingerprinting is a fantastic technology with incredible benefits, but it requires a little bit of configuration.

Since I work on radio, it makes sense for me to learn the intricacies of creating a Shazam-like tool, but the barrier might be a little too high for most people. Therefore, I've created a script that automatically installs the necessary software for you.

Add these new namespaces to your Rakefile.

Now all you have to do is open up Terminal and run this command.

Now that we've installed all the necessary packages, we need to configure the beets application.

You will first need to configure beets so that you can install plugins.

Here is an example of a config file. The file is located in ~/.config/beets/config.yaml.

For this example, let's use a Creative Commons WAV file from Nine Inch Nails titled "999,999".

Music Fingerprinting - Finding a Song's info based on its "sound."

Now that our development environment is ready. Let's try and fingerprint a WAV file that contains no metadata.

Acoustic fingerprinting is a technique for identifying songs from the way they –sound– instead of from their existing metadata.

Import a single track and include a log file.

Import a single track and include a log file. 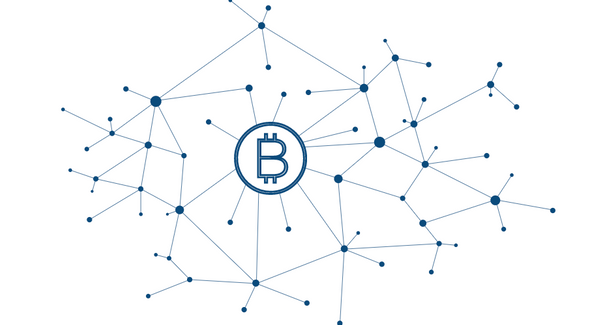 Radio: How to submit your podcast to iTunes and Spotify

Sometimes you need to self-host your own Podcast files and feed. Here's how using Amazon Web Services.

AWS: How to create your first Alexa skill

How to create your first Alexa skill –with pictures!

Amazon acquired a company called Elemental back in 2015 and has now released a suite of products to help broadcasters (big and small) distribute and syndicate video online....