Anatomy of an Angular 2 App Angular 2 is out and I'm currently working on a single web app hosted on Firebase. This will be a simple landing page website and if you come from Ruby on Rails or Express JS, you're probably familiar with command-line generators. Angular also welcomes command line generators to help you started quickly.

What do these new commands provide?

I've provided a few instructions on how to install Angular on a Mac.

As a final check, run your unit tests to make sure everything is working.

Similar to Ruby on Rails, Angular provides a suite of commands to help you build our your app.

At a high level, there are two types of components: Smart Components and Reusable Components. There are many synonyms associate with each component so here's a cheat sheet.

They are generally application specific and are directly related to the app your making. Other names for those smart components include:

These are components that are not directly connected to any specific application. For example, a login system where you enter your email and password might be a good example of something reusable.

Directives are the meat and potatoes of Angular. Directives add behaviour to an existing DOM element. They are super flexible to use and are three types of directives in Angular:

A Pipe is a tool that's used while working with templates. They're specifically handly when you need to transform how data is displayed within a template. I think the best example of a pipe is when you're trying to render something like a base64 image or svg and you need to sanitize it so that Angular doesn't create an error. Example

If your web app gets or sends data to a database, then you're going to use a service. The beauty of services is that later down the road, if you decided to upgrade your component's UIX, you don't have to worry about the connections your making to the database or API because the logic will already be separated out.

As a former Rubyist, I normally build my models using this command.

If you have any experience with Java or Swift Protocols, you'll instantly see the value of interfaces.

If you're dealing with config files or dictionaries or lists, you'll likely appreciate enumerations.

Modules are very handy when you're building a web platform where you might have different types of users logging in and you need to present different layouts for each user.

If you're working with modules, you'll also likely be working with routes. The --routing flag will create a routing file so that you can keep your url paths organized.

Sending messages from Components to the DOM.

Sending messages from the DOM to Components.

I've created a separate post to identify all the problems I run into building for Angular. 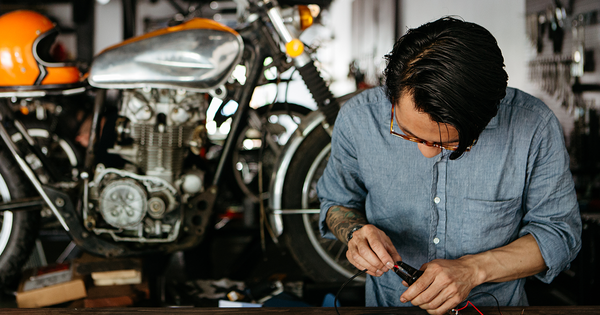