This diagram shows you the anatomy of the sitar. The diagram is really for reference but there are a few things worth mentioning. 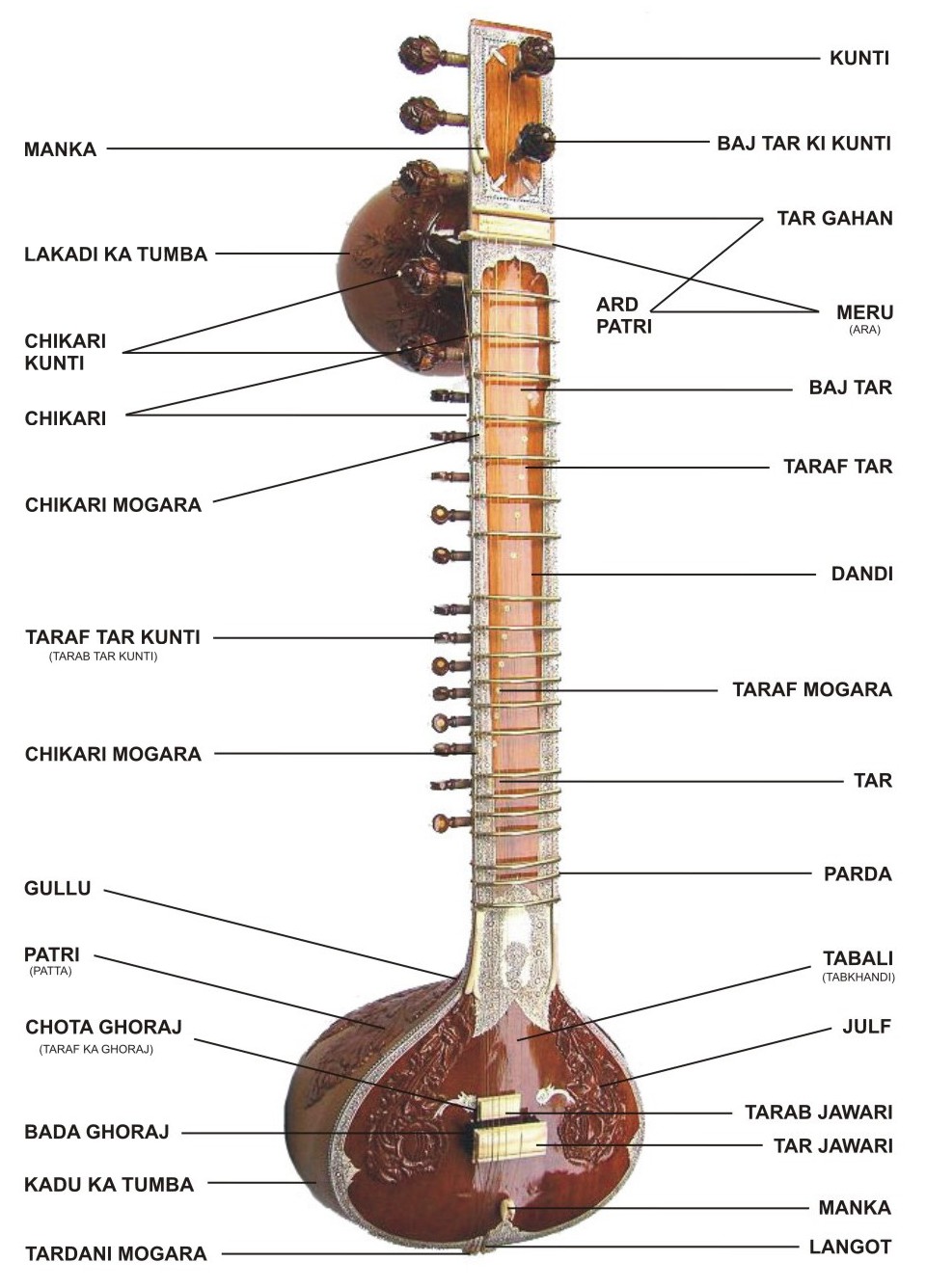 The entire base of the sitar is called tumba. You rest the tumba on the base of your foot.

The sitar has two sets of strings; a set on top and a set on the bottom. 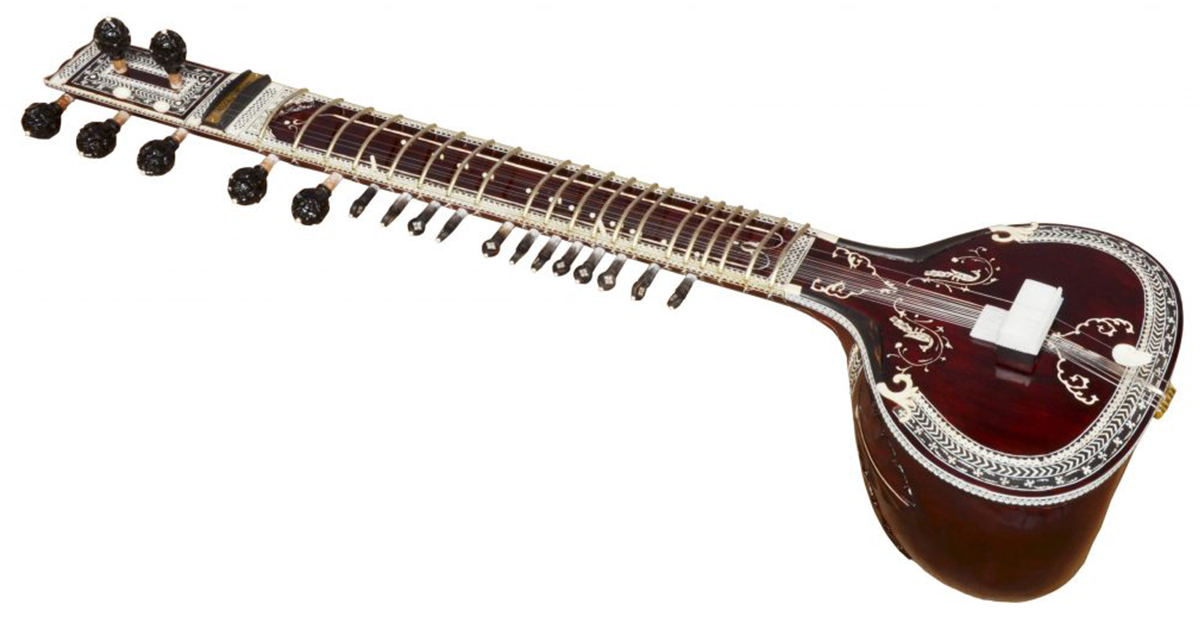 The top-level strings are above the fretboard and where you will mostly strike notes. There is a special group of strings that are very close in proximity and those are called chikari strings. Those strings are tuned one octave up from the 2nd string. So for example, if the second string is "D", then the first chikari will be an octave above that and the second chikari string will be another octave above that.

The bottom-level strings are called sympathetic strings. These are the strings that give the sitar its royal, mystical sound. Although any string can technically be plucked or played, for most beginners, they will not be actively trying to strike a sympathetic string.

Sitar is traditionally tuned in "D". Ravi Shankar was known for tuning his instrument to "C#" but he's more of the exception than the rule. When sitar performers perform with a piano, it's not unusual to tune the sitar down a step to play in the key of "C". Again, it's all relative but for new sitar players, starting in "D" is a good place to start.

If you notice in the photo, there is a string on a wooden peg that says "Kunti". Although this peg has a string, it's for a different sitar variation. For this reason, I'm sort of just ignoring it. LOL